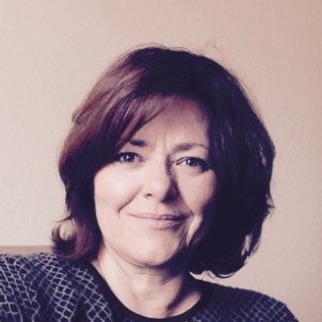 Angela Edwards brings an experienced academic and practitioner’s view to leadership development and coaching. She has worked as an executive coach and organizational consultant across a wide range of industries, including government agencies. Angela has coached executives in Fortune 500 companies, various branches of government, military, and nonprofit sectors at various levels and stages of leadership. Her coaching approach draws from her understanding of leadership development, business processes, and creating the right environment for high performance.

Prior to her career in leadership and coaching, Angela worked for over 20 years in the pharmaceutical, manufacturing, and retail industries in senior leadership roles. While serving as a regional sales director in pharmaceutical sales she was recognized and rewarded for her contributions to developing a leadership coaching culture, resulting in increased revenue and team collaboration. Angela has been an executive coach with The Center for Creative Leadership as well as taking on the role of Coaching Practice Leader, serving to advance CCL’s five coaching solutions: executive coaching, integrated coaching, team coaching, coaching skills development, and coaching cultures.

Angela has provided subject matter expertise for coursework in Global Executive Coaching, Boundary Spanning Leadership, and Organizational Diversity and Inclusion. She has been involved in the design, development, and facilitation of Academic Coaching for Universities and Community Colleges. Dr. Edwards was also part of the team that facilitated “Leading Through Change” during a major change initiative at the NSA. Angela is a certified coach with the International Coaching Federation (ICF) and has also designed and facilitated ICF accredited coaching skills programs. Angela’s latest project has been co-designing a program called Every Conversation Matters (ECM). ECM is a program designed to be simple and effective at helping others master the art of conversation, slow down the mental storytelling, and listen to our inner narrative.

Angela’s approach to leadership development and coaching has been based on both 25 years of leadership experiences in combination with her academic studies and research. Both involve a partnership, and through effective discovery, conversation, and curiosity we find a way to unleash a person, team or organization’s potential.