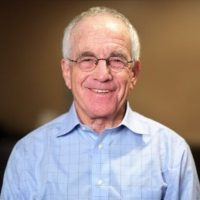 Ed Betof has extensive industry experience in a variety of global executive business roles. He has served on senior leadership teams and has had broad functional general management responsibilities in several industries. Additionally, for over four decades, Ed has served as an executive coach, a mentor and trusted advisor. Ed’s coaching engagements have been at the CEO, President, EVP, SVP, VP through Director-level assignments. Ed also has deep experience working with emerging leaders, those stepping up into new larger-scope roles such as general manager, geographic and functional leadership. Ed was the primary creator of the Newly Appointed Coaching Process. This form of coaching aids leaders during their first 12-18 months as they assume new executive roles.

Ed’s career has included a wide range of difficult and diverse business, leadership, coaching and consulting roles. To foster his own professional development, Ed often accepted opportunities that stretched his leadership and business “comfort-zone”. Ed has used these and many other experiences as points of reference in his coaching practice to help his clients deal with their challenges, their career opportunities and their periodic, and often, unpredictable, crises.

At Hoffman-La Roche Pharmaceuticals, Ed led both the Drug Regulatory Affairs and the New Product Development Project Management functions over a seven- year period while also serving as a member of

Learning Officer at BD (Becton, Dickinson and Co.). While at BD, several of Ed’s key roles included heading BD University with its’ award-winning global Leaders as Teachers approach and as process leader for succession planning where he worked very closely with the Chairman/CEO and the entire C-Suite.

For four years Ed was Senior Vice President, Coaching Services for Manchester Consulting where four forms of executive coaching were utilized. It was during this period that Ed was the primary developer of the then, one-of-a-kind, Newly Appointed Leader Coaching Process.

Following Ed’s corporate career, he served as a Senior Fellow at both the University of Pennsylvania and The Conference Board where Ed was invited as a member of the CEO’s leadership team. Ed also served for over eight years on Penn State University’s World Campus Advisory Board. He was a Board member for the Association of Talent Development. For over six years, Ed was a faculty member for The Institute for Management Studies (IMS).  At IMS, Ed taught two programs: (1) Just Promoted! -A Twelve Month Roadmap for Success in Your New Leadership Role and (2) Leaders as Teachers- an interactive workshop in teaching, coaching and facilitation skills. Since 2008, Ed has been an executive coach and team coach for The Center for Creative Leadership. Ed serves as a Senior Consultant for Table Mountain Consulting Group.

Ed is the author or co-author of five books and several dozen articles, program designs and manuals. Two of Ed’s books are:

Just Promoted! A Twelve Month Roadmap for Success in Your New Leadership Role (McGraw-Hill) which he co-authored with his wife, Nila Betof, Ph.D.

Leaders as Teachers: Unlock the Teaching Potential of Your Company’s Best and Brightest (ATD Press)

Ed has worked, served as an executive coach and consulted with organizations in over 25 countries.

Ed combines his years of coaching and industry leadership experience with a highly personalized coaching approach.  Most importantly, Ed helps his coaching clients solve real problems in practical ways that can be implemented with impact and staying power. Ed is results-oriented, has a bias-for-action, and is very candid with his coaching clients. He will help leaders draw on their own experiences to solve problems. He will also make clear recommendations and supplement the leaders thinking whenever needed. Stakeholder input and alignment is critical for success and is integrated into the coaching process. Ed will say what needs to be said and provide feedback to his coaching clients that, most often, no one else will tell them.  At the same time, Ed establishes supportive, trust-based and lasting relationships with those whom he coaches.  Ed particularly enjoys working with executives who are challenged to achieve tough goals, under pressure, in short periods of time and leaders who are assuming new leadership roles.