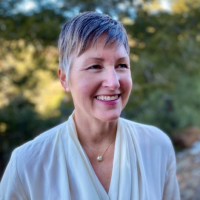 Kristin (Kris) Woolley is a Licensed Psychologist and an Executive Coach serving as a consultant to both individuals and organizations. With an emphasis on leader selection, development, and adaptive thinking programs, Kris uses her career as an Army officer and combat veteran to inform her practice. She currently works as a contractor supporting Army Special Operations Command in selection and assessment, leadership training and Intelligence support activities. As an executive coach, Kris’ diverse experience spans a range of fields including: Government agencies, health care, manufacturing, non-profit organizations and financial services companies.

Kris began her leadership coaching career with the Center for Creative Leadership (CCL®) starting in 2011. She has worked in the Core Leadership Programs as a leadership coach as well as preparing “high potential” officers and civilians for future roles within the Department of Defense and the Intelligence Community. Kris has extensive experience with assessments.  She holds certifications in Hogan Personality Assessments, EQ-I, NEO-PIR, TKI Conflict Mode Assessment, and the Test of Attentional and Interpersonal Style (TAIS).  Within the Center for Creative Leadership she is well versed in Benchmarks 360, Leading Managers 360, FIRO-Business, Work Place Big Five Profile™, Change Style Indicator, and the MBTI.  Kris continues to work as an adjunct coach concentrating on women’s leadership programs, new manager training, and programs for mid-to-senior level leaders who supervise other managers, teams, or large departments. Prior to working for CCL, Kris served as an Army Psychologist for both conventional and Special Operations units worldwide. She deployed to combat multiple times as a Signal Officer and Operational Psychologist and co-authored a book chapter on the selection and assessment of elite military groups to prepare for low-intensity conflict. She currently works as an independent contractor supporting personnel selection, performance enhancement, and role play/scenario training for both the Special Operations and Intelligence communities. She also has expertise in in the area SERE training and the reintegration of isolated personnel. Kris grew up in Southern California and now lives in Colorado Springs, Colorado.

Kris has worked with both individuals and teams with particular expertise in the areas of cyber security, health care, information technology, automotive engineering, accounting, medical technology and human resources.  In response to the 2020 COVID-19 pandemic, Kris volunteered her time as part of an effort to offer services to several nurses on the front lines of this disaster. This team gave over 2000 hours to support medical providers all over the country. Kris frequently works with leaders in transition and teams facing reorganization. She supported several key executives during the restructuring of a large government agency that included significant downsizing and consolidation of directorates over 24 months. Kris coached these leaders through this critical phase of uncertainty and stress. She maintains several long-term clients in addition to her regular coaching practice.

Kris is very familiar with leadership challenges in high stakes environments. She particularly enjoys working with senior executives who are facing unbalanced team dynamics. These changes are often a result of a shift in organizational goals or personnel. She helps leaders to identify how they may achieve better alignment with their teams as well as focus on individual derailing behaviors. Kris facilitates work-life improvement through experimentation and new habit formation. She encourages creative and flexible long-term change using a growth mindset. Trusting that leadership starts with self-awareness, she highlights each leader’s strengths and needs, sets measurable goals, and facilitates action to promote development.