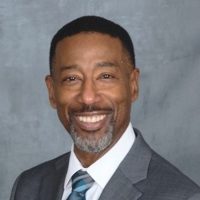 Larry Lewis is a licensed psychologist with over 30 years of experience in the Department of Defense as an active duty officer and a cleared government contractor. He has served as an in-house coach and consultant to frontline leaders and supervisors, and has advised senior leaders and managers, on matters such as training, research, organizational climate and operational issues. He has a depth and breadth of experience with assessment for selection and for development. He has conducted hundreds of assessments of personnel seeking positions in highly specialized organizations and has provided members of these organizations leadership coaching, professional development training, post-event debriefings, and consultation to special projects.

Throughout his career, Larry has worked with leaders and teams in the public sector, to include the US Department of Defense and other government agencies. Since 2011 Larry has expanded his practice to include working with organizations in the education and non-profit sectors as well as with private sector companies. In addition to coaching leaders across a range of functional areas, Larry has enjoyed working with scientists and engineers transitioning to people leadership roles.

Larry’s role as a coach is to be a “catalyst for change” who challenges and supports his clients leaning into developing their aspirational selves. Throughout the process he facilitates his clients discovering those behaviors, insights, tools and techniques which contribute to their optimal performance and the optimal performance of the teams they manage and lead. Additionally, Larry assists his clients in the identification of habits and mindsets that lead to individual and team derailment. He further works to disrupt narratives which sustain performance-limiting attitudes and actions. Ultimately, Larry promotes his clients’ belief in their capacity to expand what they know, how they think and what they can achieve.

As Command Psychologist and Director, Psychological Applications Directorate, US Army Special Operations Command, Larry was responsible for overseeing the behavioral science aspects of assessment, selection, training and professional development of our Nation’s premier soldiers who operate as small teams in violent, uncertain, complex and ambiguous environments. Similarly, as a defense contractor with the Air Force Office of Special Investigations, Larry taught a class preparing Special Agents and staff, who operate in small detachments, to retain their capacity to exercise good decision-making and judgement while remaining creative, adaptable, courageous, confident, calm and resilient in high stress situations. As a coach with the Center for Creative Leadership, Larry facilitated small group conflict modules where participants practiced techniques to achieve constructive outcomes in emotionally-charged situations. Larry has also served as a small group facilitator/coach for employees and their respective managers in a Fortune 50 company as they participated in a 12-week program focusing on enhancing their competency to communicate in a manner that conveys individual agency, improves team cohesion, establishes conditions for productive problem-solving and reduces avoidance of difficult conversations.