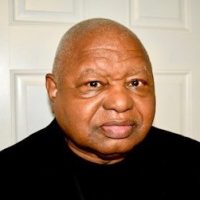 Maurice has provided leadership development and coaching services to leaders across a variety of business sectors during his 40-year career as a management consultant and executive coach. His areas of expertise include executive leader assessment and development, organization development, managing diversity, team building, and leading change.

Maurice was a U.S. Navy officer for the first five years of his career. As a staff member at the Navy Human Resources Development Center, his work concentrated on training Navy personnel to be diversity specialists. While there, Maurice was selected to serve on an interdisciplinary task force that developed the twelve-week curriculum for the newly created Human Resources Management School. The school’s mission was to train Navy personnel to be internal management and organization development consultants. This was followed by an assignment to the faculty of the Navy Human Resources Management School. After leaving the Navy, Maurice spent the next seven years solidifying his academic base and broadening his private sector experience. For the past twenty-eight years, as a solo practitioner, he has focused on leader development, organization development, and executive coaching. Maurice has served as an adjunct faculty member for Pepperdine University, National University, and Chapman University. Further, he has been affiliated with the Center for Creative Leadership as an executive coach since 1991.

Though Maurice has worked with clients across industries, he has particularly deep experience in the government, financial services, and manufacturing sectors. In addition to his military experience, he was in charge of management development and organization development for an international financial institution. Maurice has also led the management development initiatives for an international medical instruments corporation.

Maurice’s goal oriented and pragmatic coaching approach is based on the principles of adult learning theory. The client’s knowledge, experience, and personal needs determine how these principles are applied. Maurice’s academic background coupled with his business experience enable him to adapt to, and work with his clients to craft robust actions which address their specific developmental areas.